Mongolia has one of the lowest density in the world: 2 inhabitants per km2. Its territory covers 1,564,116 km and its population is 3,238,479 in 2018. The country has been modernising at high speed since the democratic constitution was adopted in 1992.
The population is becoming sedentary, cities are developing rapidly: in 30 years the population has almost doubled.
In 2018, 68% of the population lives in the city, including nearly half of the country’s population in Ulan Bator, the capital. This is due to a strong centralisation of political, economic, industrial, scientific, and university and private school activities. Administratively, the capital has the status, unique in the country, of municipality, comparable to that of province.
Ulan Bator is overcrowded, overflowing. The new neighborhoods spread out on the outskirts, up to the hills bordering the Toula River valley. This leads to problems of housing, pollution, traffic, access to employment ... After exceeding 500,000 in 2011, there are 1,491,375 people in 2018. Its density is 317 inhabitants/km2.
Statisticians predict a population of 1,885,429 in 2025 and 2,868,689 in 2045 for the capital. 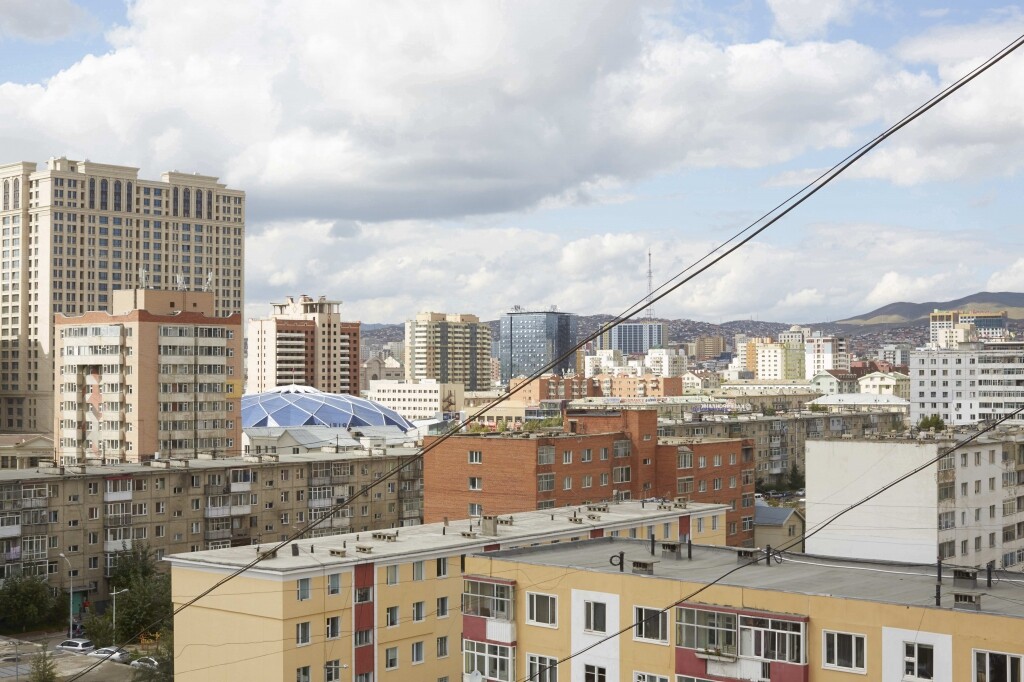